Arignar Anna Zoological Park is one of the modern and scientifically managed zoos spread over an area of 602 hectares (1,490 acres), including a 92.45-hectare (228.4-acre) rescue and rehabilitation centre, the park is the largest zoological park of the country located at Vandalur, Chennai (12.87917°N, 80.08167°E). This zoo has attained excellence as a dynamic nature conservation centre by promoting breeding programme of rare and endangered species of the Western and Eastern Ghats. It plays a vital role in encouraging the people to develop a caring attitude towards flora and fauna. AAZP also facilitates excellent public service, recreation, and also provides eco-awareness to public through the Zoo School. In experiencing the existence of wild animals, this zoo is one place which gives a live experience of knowing the habitual expressions of almost 2600 animals including many endangered and exotic species. Arignar Anna Zoological Park, famously known as "Vandalur Zoo" is one of the proud asset of Tamil Nadu, it attracts more than 21 lakh visitors every year from across the country and the world. 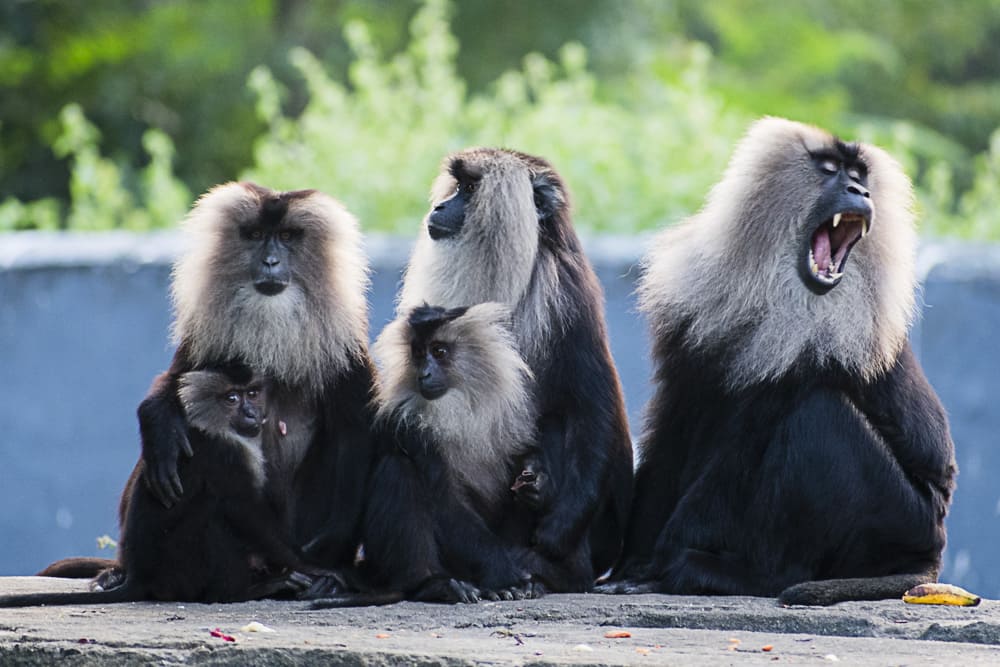 
The history of Chennai Zoo (formerly known as Madras Zoo) dates back to the year 1855. This was the first Zoo to be formed in India. The idea of collection of animals and maintaining them at one place was mooted in 1854 by Dr. Edward Belford. In 1854, Edward Green Balfour, the then director of the Government Central Museum at Madras, persuaded the Nawab of the Carnatic to donate his entire animal collection to the museum. This attracted large crowds and became the nucleus of the Madras Zoo, which was founded in 1855. Balfour started the zoo on the museum premises, and a year later it had over 300 animals, including mammals, birds and reptiles. It was later transferred to the Madras Corporation and shifted to People's Park near Chennai Central railway station at Park Town in 1861, as it was expanding its animal collection. The municipal zoological garden occupied one end of the 116-acre (47 ha) park and was open free to the public.The Corporation Zoo was visited and appreciated by many distinguished visitors in those days. Jawaharlal Nehru once visited the Zoo and praised the standard of maintenance, care and effort taken by the then Curator Thiru.Ramanunjalu. 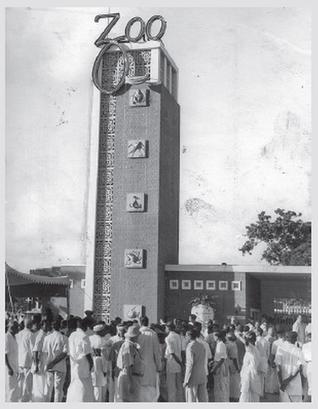 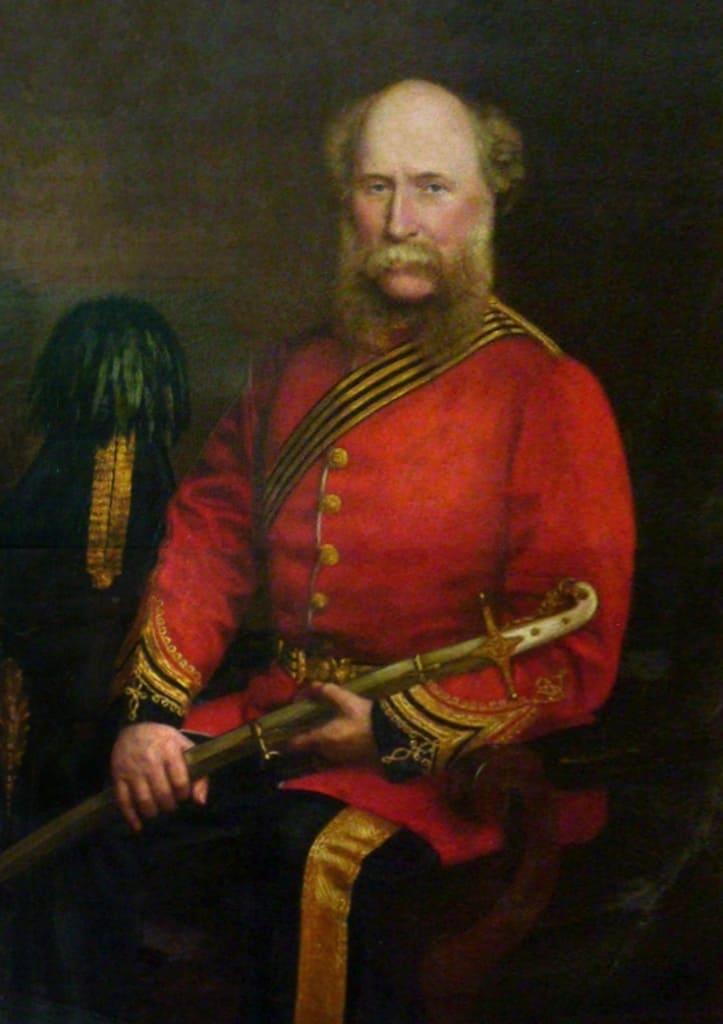 As the Zoo was quite cramped and did not meet the biological and behavioural needs of the animals, decision was taken to shift the zoo to an alternative site where adequate land to develop the required infrastructure for a modern zoo could be met. In 1976, after detailed investigation the Vandalur Reserve Forest was selected for this purpose. This place was sprawling over an area of about 512 ha (in its initial stages) , which is the largest zoological garden in India and the Indian Subcontinent and one of the largest in the world. In the beginning, the area was nothing more than a scrub jungle, with practically no tree cover. Work started in 1979 and the estimated initial cost of the project was about Rs. 7.30 crores. The zoo authorities and people from surrounding villages collected seeds of different trees from neighbouring areas and afforested the zoo area. It provided an environment similar to natural wilderness which helped to meet the biological and physiological need of the animals and birds. The existing landscape was utilized as it is and all the animals were exhibited in large open moated island type enclosure with simulated environment. The entire area was clothed with vegetation, natural habitat mostly by natural and some artificial regeneration. The zoo in its new premises was officially opened to public on 24 July 1985 by the then chief minister of Tamil Nadu M. G. Ramachandran, when most of the works were completed.

In 2001, 92.45 hectares (228.4 acres) of land next to the park was acquired to build a rescue and rehabilitation centre for confiscated and abandoned wild animals, increasing the park's size to 602 hectares (1,490 acres).The present area of the zoo has requisite natural vegetation for creating the naturalistic environment at the zoo. Arignar Anna Zoological Park is one of the biggest zoos in South East Asia extending over an area of 602 ha. 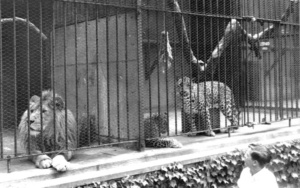 How To Reach Us 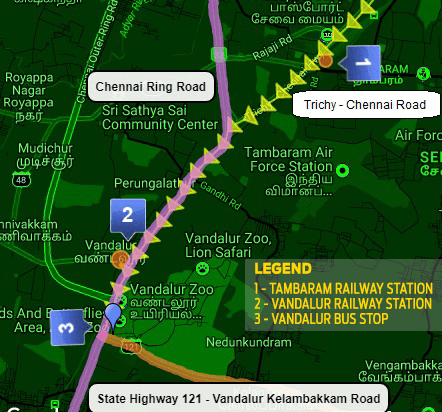 The park is located at Vandalur in the south-western part of the Chennai Metropolitan Area, about 6 kilometres (3.7 mi) from Tambaram, 4 km from Mudichur 4 kilometres (2.5 mi) and about 15 kilometres (9.3 mi) from Chennai Airport. The main entrance of the zoo lies on the eastern side of the Chennai–Trichy Highway (National Highway 45), also known as the Grand Southern Trunk (GST) Road, near its intersection with the Vandalur–Kelambakkam Road. The Vandalur railway station of the Chennai suburban railway network is located at the north-western side, about 1 kilometre (0.62 mi) from the main entrance of the park. 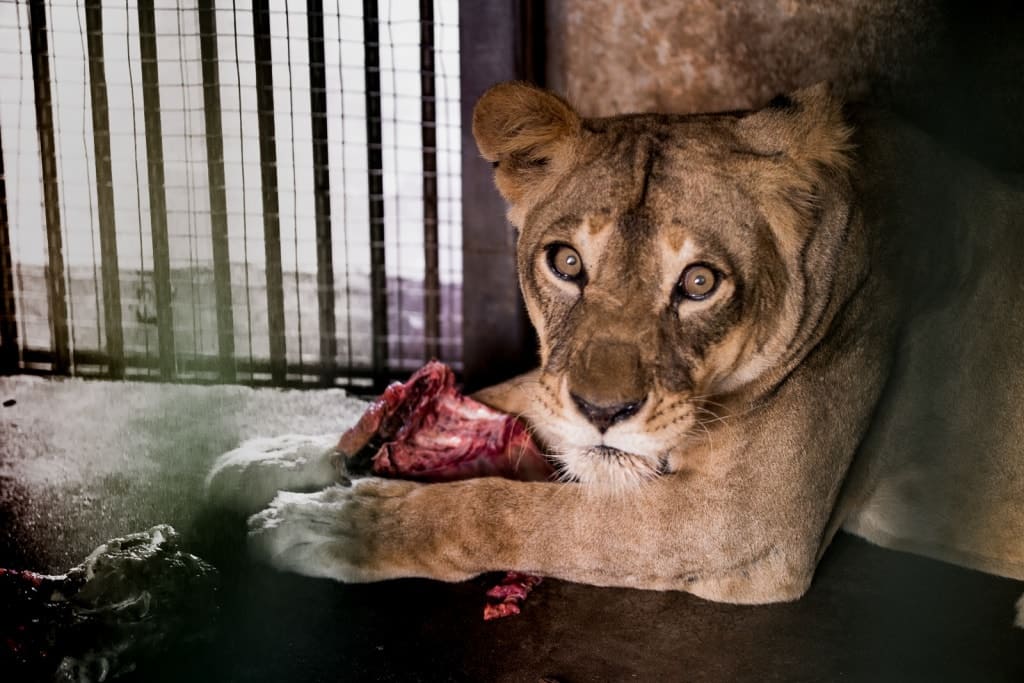 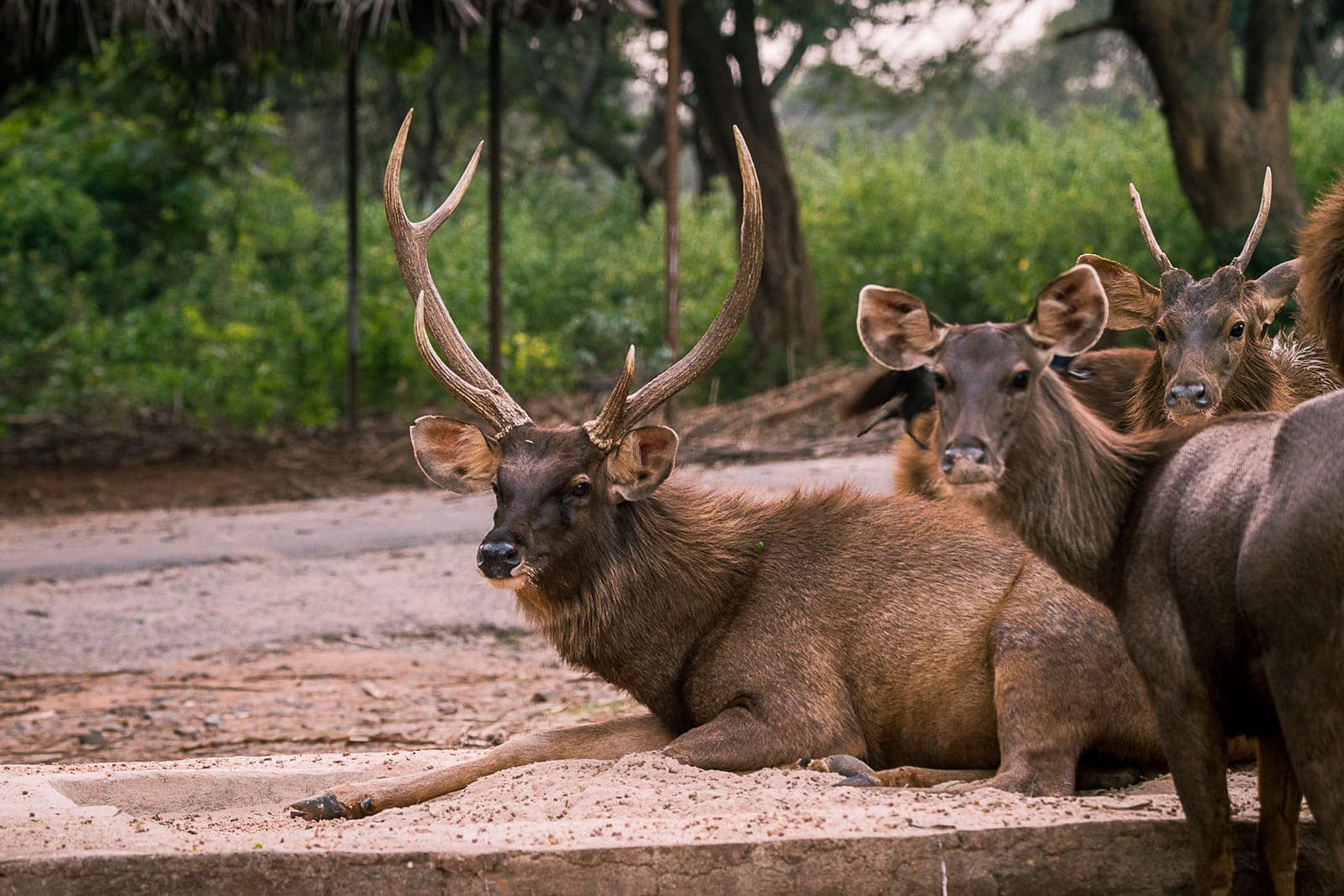 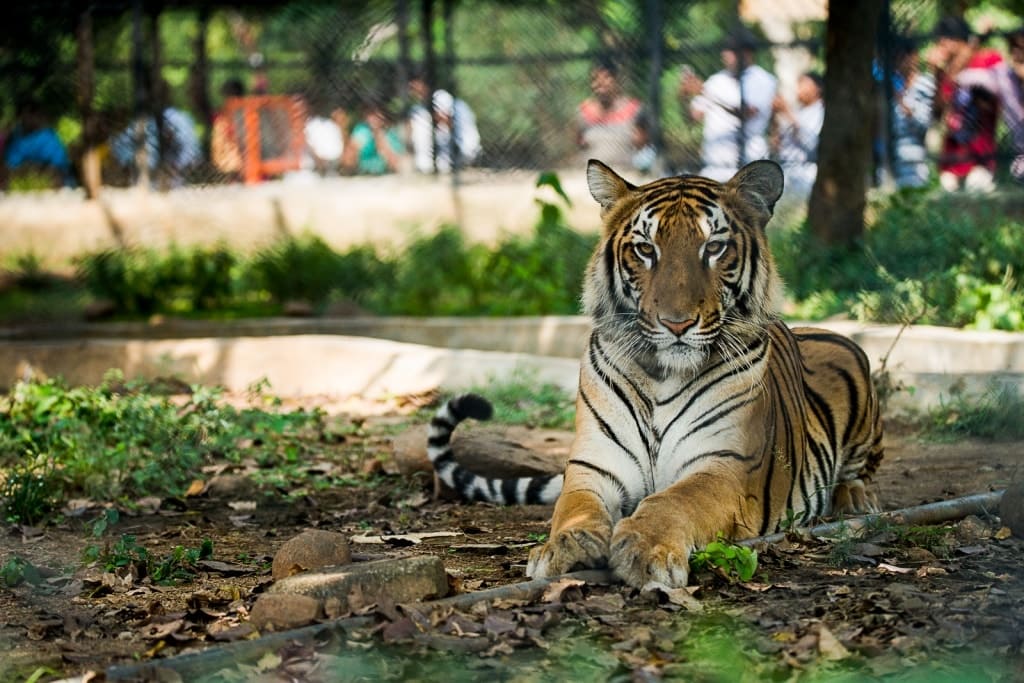 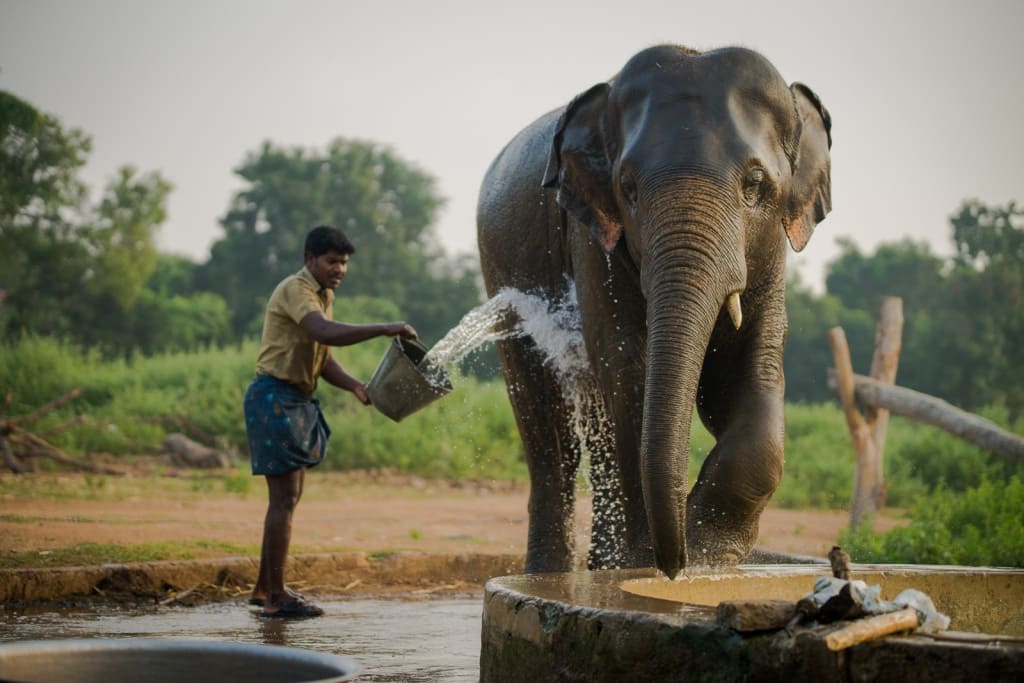 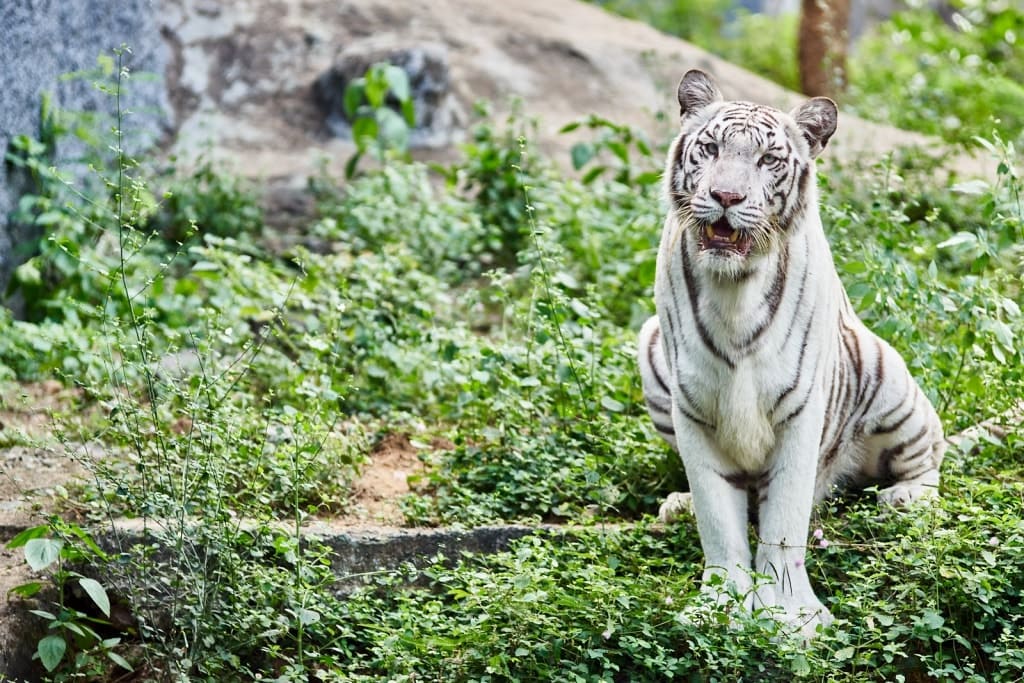 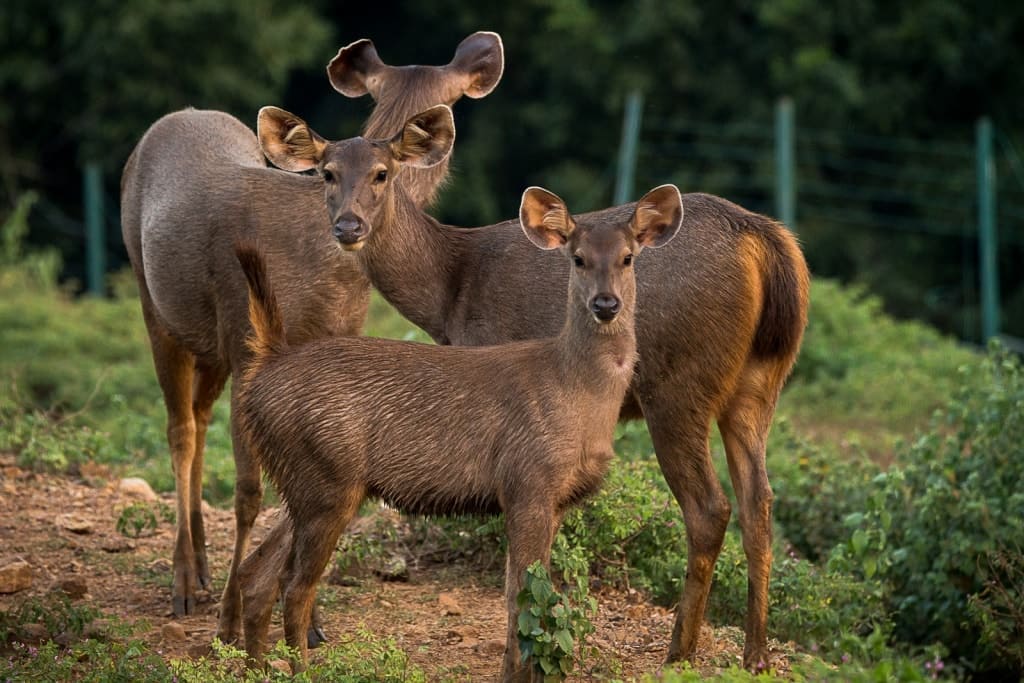 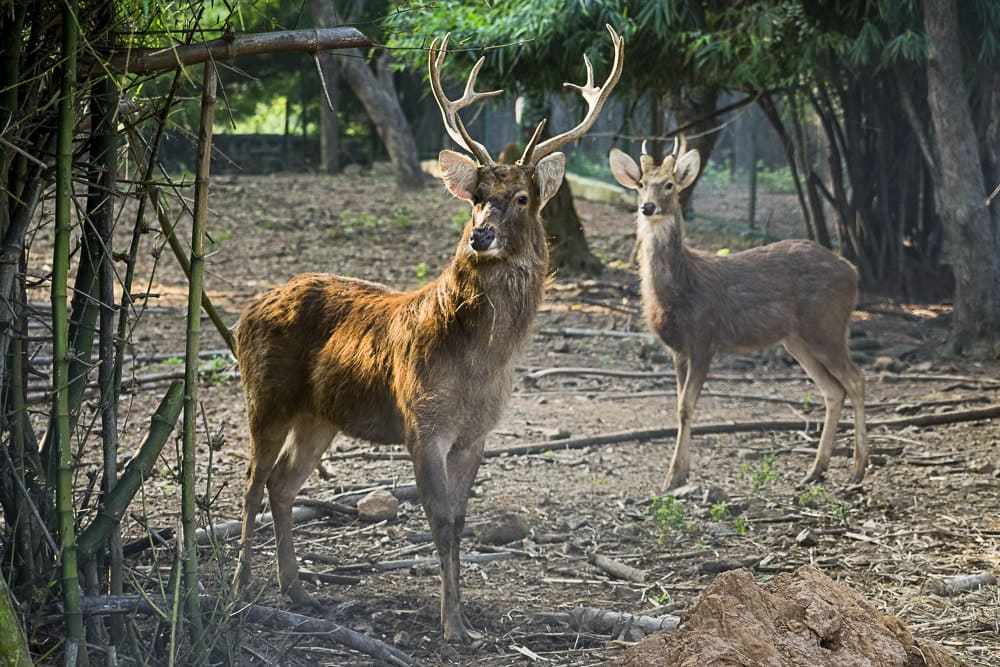